Oregon ranks second in the nation in pear production, with the Pacific Northwest producing 84% of the nation’s fresh pears. This is accredited to the ideal growing conditions in the region, including rich volcanic soil, an abundant water supply, warm days and cool nights. Mid-Columbia and Southern Oregon’s Rogue Valley are the principal growing regions in Oregon. 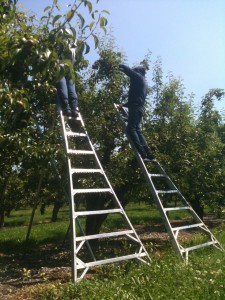 Oregon’s warm August days help the pears grow plump and flavorful, and when the full August moon fills the clear summer skies, it usually means that pear harvest has begun in the orchards. Bartlett pears are typically the first variety ready for harvest in August, followed by winter varieties through the month of October. Unlike apples, pears are picked when they are fully mature, but not quite ripe. If pears were to ripen on the tree, they would ripen from the inside out and become mushy. Once pears are mature, pickers carefully harvest each pear by hand and place them in large bins. Once the orchard bins are filled, pears are transported to a packing house and cooled to about 30 degrees. Each pear variety is cooled for a different period of time. Cooling ensures pears will ripen properly once they are purchased by consumers. After pears are cooled, they are sorted by size and grade, and finally packed. Once packed, pears are transported by trucks, rail or ships to markets throughout the United States and around the world.

Pears are not only a healthy treat, but contain lots of beneficial nutrients as well. 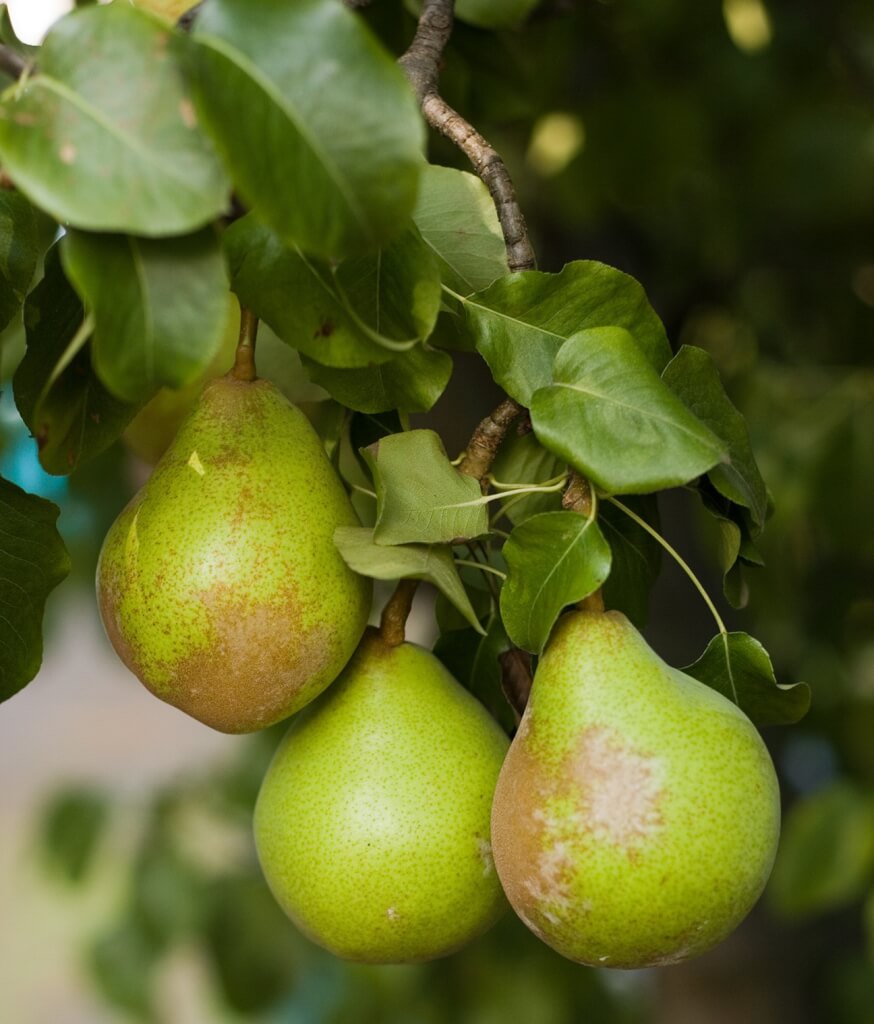 A single pear is only 100 calories and packed full of fiber and water. Each pear also contains 10% of our daily vitamin C requirement, as well as nutritious phytonutrients and antioxidants. Each variety of pear grown in Oregon has its own flavor and texture, so be sure to try them all: Green and Red Anjou, Green and Red Bartlett, Bosc, Comice, Concorde, Forelle, Seckel, and Starkrimson. Enjoy pears fresh, canned, as a sauce, and in your favorite recipes and desserts!