Oregon is one of the top three nursery producing states in the United States and consistently ranks as one of Oregon’s top two agricultural commodities. With over 61,000 acres in nursery production, the wholesale nursery industry boasts over $800 million in annual sales. Roughly 75 percent of nursery sales emanate from customers outside of Oregon, bringing “new money” to the state and providing jobs for over 22,000 workers. 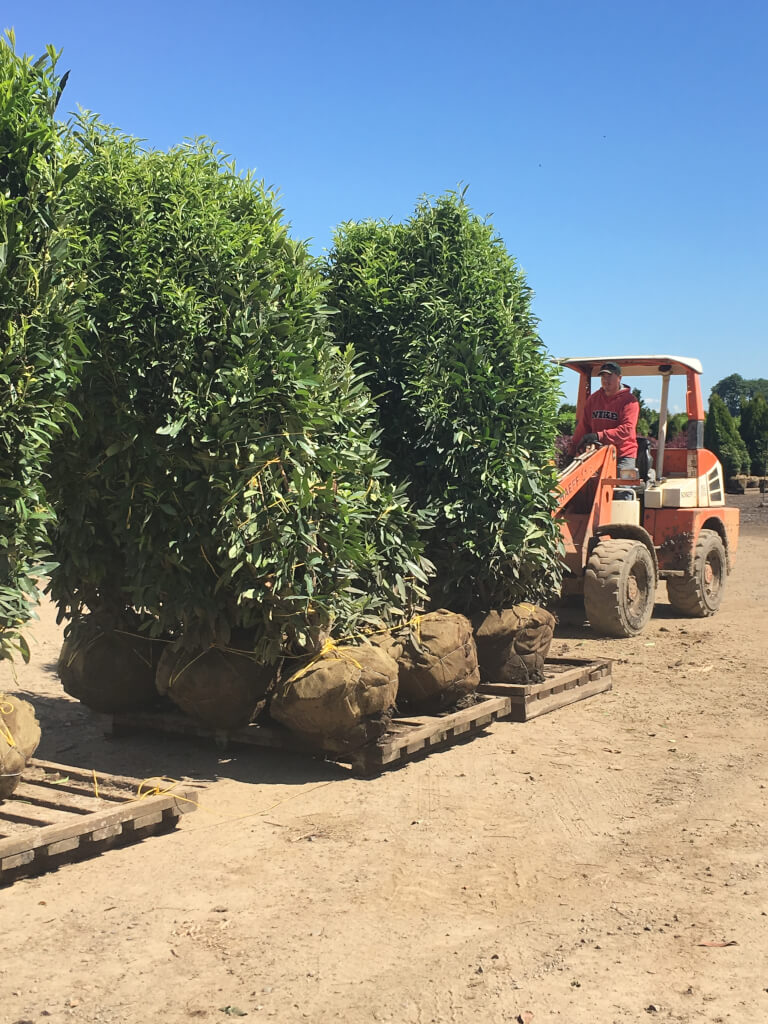 growing conditions for a wide variety of trees, shrubs and other plants. Nursery growers in Oregon use two types of field systems, balled and burlap (B & B) and bare-root. The balled and burlap system typically consists of larger woody plants such as trees and shrubs. When harvested, the plants have an intact soil ball around their roots, which are held in place by a piece of burlap. Bare-root system nursery plants are often harvested by machine, in the fall or winter when deciduous plants have entered dormancy. In this system, soil is not contained around the roots and is left behind in the field. After harvest, plants are graded and moved into cold storage until being sold to customers.

Container grown nursery crops are another common system used in the nursery industry. Plants grown in this system range from small bedding plants, to large trees. Container sizes vary widely to fit grower’s needs as well. Most container plants are grown above ground, but some are lowered into the ground. Advantages of this system include an extended planting and marketing season, more uniform plants and harvest flexibility, just to name a few.

Greenhouses also contribute significantly to the productivity of the nursery industry. Some growers “start” plants in the greenhouse and later move them out to the field, while others strictly keep plants in greenhouses until they are sold. Growers regulate heating, cooling and ventilation in greenhouses, which give them more control over the growing period and overall health of each plant. In addition, plants can be grown year round, allowing for more productivity.