Subscribe to our RSS feed
Posted by
Doug Hart

Harts Nursery – I am Oregon Agriculture 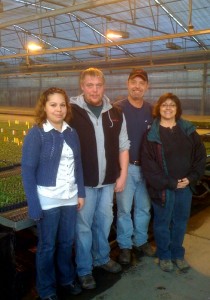 My family, from left, Dionicia, Jordan, me and Deanna.

I am Oregon agriculture.

My name is Doug Hart and I’m part of Harts Nursery. Harts Nursery was originally a farm that my family started over three and a half decades ago. Early on during the Great Depression, my grandfather Charles Hart and his new bride Margret started a life of agriculture in Oregon. Over the following three and a half decades they raised a family and worked the land, with row crops and peppermint being their primary crops. That all came to an end in 1968. August brought record rainfall and the bank said no more.

The following year my grandfather built a small greenhouse and that was the beginning of Harts Nursery. Focusing on bedding plants and vegetable his new business slowly started to grow, and a few years later he asked my dad Glen to join him. Early on, their customers were feed stores and local grocery markets. In 1978, I joined my dad and grandfather and over the next 12 years we grew the nursery to over 500,000 sq. ft. of greenhouses. 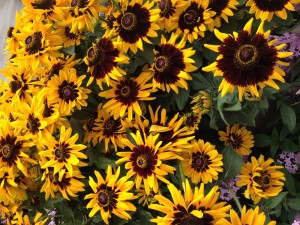 My grandparents retired in 1990 and my dad took over, and in 1998 my son Jordan joined my dad and I, so the multi-generational tradition continues. My granddaughters, the next generation, live in their great grandparents’ home here at the nursery. Today, Harts Nursery has over 900,000 sq. ft. and services Oregon, Washington, Idaho and Utah with premium bedding plant going to Fred Meyer, Albertsons and Home Depot. With fall garden Mums, Poinsettia and more, there is always some growing. We definitely enjoy what do, just like the rest of the Ag community. 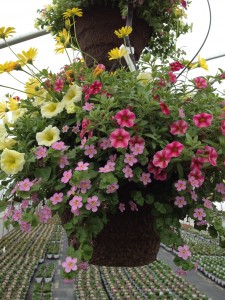