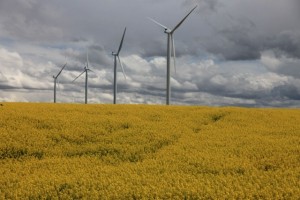 A canola field at Madison Ranches in Echo, Oregon. Canola was added in 1990 as a rotation crop to support the addition of deficit irrigation.

Every Oregon farmer and rancher is driven by a great purpose, producing quality commodities that serve and feed their local communities and the world. Most send theirs off to various places to be processed or added into foods and sold elsewhere, some may get to produce and sell it themselves, but few get to do what Family Generation Foods is doing. Family Generation Foods is giving local multi-generational farm families a unique opportunity, the chance to take their commodity, turn it into an innovative food product, and sell it directly to consumers. Some might call that ‘living the dream.’ For Madison Ranches’ Kent and Laura Madison, that dream has become a reality.

Family Generation Foods started at Madison Ranches, Kent and Laura’s own multi-generational farm. The farm started with Gaylord Madison who, after several years of drought in Iowa, made a fresh start in Eastern Oregon in 1914, taking advantage of the Water Reclamation Act. Purchasing dry desert land outside of Echo, he raised sheep and feed crops to provide for his flock and horsepower. Eventually the farm passed to his son, John Madison, who expanded the farm by adding an irrigation system to raise commodity crops like wheat and alfalfa. He also replaced the sheep with cattle before transitioning the farm to his son Kent Madison in the early 1980s. Kent expanded the farm even further, utilizing the newest computer technology to plant crops, apply fertilizers and conserve water. 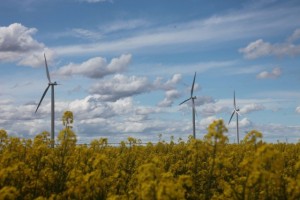 Canola is a low-water using crop that needs moisture in the fall for germination and in the spring for bolting and growth. Water is shut off in mid-June and canola is harvested in mid-July.

Conserving water involved a transition to deficit irrigation, which requires crop diversity, with each crop using water at a different time and at a lesser rate. Out of this practice, and the need for better crop rotation, canola entered the picture. “We started raising canola in 1990 and also raised it in rotation with alfalfa corn and other crops,” says Kent. Canola uses less water than other crops, especially as it matures. When water is no longer needed it is shut off and used for other crops, allowing the canola to dry out before harvest. Once the canola is harvested, it can be crushed into oil.

In the early 2000s, when there was interest in biofuels, Kent and Laura decided to crush canola oil themselves to make biofuel for SeQuential Pacific Biodiesel. For this they installed their own canola crushing system and biodiesel production plant on-site at Madison Ranches. Eventually, the process became too expensive for the economy to support, and that’s when Kent and Laura made an exciting discovery. “We realized the canola oil we were pressing was incredible quality, golden in color, almost like an olive oil, and started playing with that,” says Kent. The results carried over to the kitchen, as Laura started cooking with the oil, and that was when they decided to start producing food grade oil. In 2012 they converted the canola crushing plant to a food grade oil production plant, and Family Generation Foods was born. 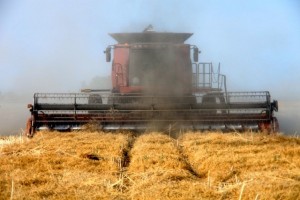 The canola seed is harvested through a combine and, as it’s needed for crushing, it’s dry cleaned through a rotary cleaner and fed into crushers that squeeze the oil from the seed. This occurs at the food grade production plant, which is on-site at Madison Ranches.

The name honors the many generational farming families in Oregon, as 98 percent of Oregon’s farms and ranches are family farms and ranches. Kent and Laura were amazed they could claim such an appropriate name that had not already been taken. “It was surprising, when you do a Google search there are a lot of family genealogy sites that come up, but that’s about it,” says Laura. Although Oregon farm and ranch families have been serving and feeding their communities, and the world, for many generations, this is the first venture of its kind to bring them all together. “The concept of Family Generation Foods is generational farming families providing generational family food,” says Laura. A simple and important concept for a company in its early stages that’s starting to take off.

Madison Ranches’ canola oil is the first product, and has already evolved into seven flavors, Original, Lemon, Dill Weed, Basil, Roasted Garlic, Adobo Spice and Habanero. All of them are pure, unique oils that stand out in a variety of foods, but they especially enhance presentation and the taste of homemade breads. “It has a beautiful color, and if you’re into presentation, and into food looking pretty, it’s appealing on the plate as well,” says Laura, “The lemon oil is great in cornbread and cinnamon rolls, the flavored oils really stand out in breads.” A few places carry these oils already, including Bennesere Olive Oils and Vinegar, which sells in bulk in Portland, Provvista, a premier specialty foods importer and wholesale distributer, and Bellinger Farms and Gourmet Shoppe in Hermiston. The oils are hitting their mark, striking a chord with fine shops, hotels and restaurants alike. “Our target audience is the Portland, Eugene, Seattle market, people who enjoy good quality food,” says Kent. They are also sold on Family Generation Foods’ website. 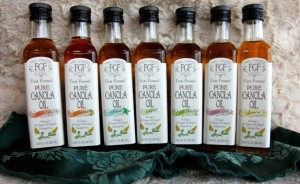 Pleased with the success of their canola oil, Kent and Laura are already working with other growers on potential expansions. Potatoes, Wagyu beef, and blueberries in unique refillable containers are just some of the possibilities for the future of Family Generation Foods, and expanding it will fulfill an exciting purpose. In an age where consumers are far removed from the farm, Family Generation Foods seeks to close the gap, telling Oregon agriculture’s story and connecting the consumer back to the source. “It gets the story out on these farms, each of these commodities will tell their stories, and it brings agriculture back to the forefront where food and fiber comes from,” says Laura. Madison Ranches has recently transitioned to their son Jake, and Family Generation Foods could become an employee-owned company someday. Yet, each will continue to fulfill the rich tradition of generational farm and ranch families that have come before them, sharing wholesome, natural food and feeding their communities and the world.