Keith Nantz: For the Greater Good 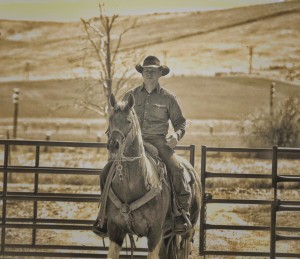 The phrase “actions speak louder than words” is one that rings true for Central Oregon rancher Keith Nantz. Actively involved in several organizations, his commitment speaks volumes about who he is as a person. As does a saying Nantz looks at every day, which is posted on his wall. “There’s a quote by Zigg Ziglar that goes ‘You can have everything in life you want, if you will just help other people get what they want,’” says Nantz. A phrase that, for Nantz, goes hand in hand with his belief that his biggest purpose, and everyone’s purpose, should be to help other people. With this motivation, Nantz gives back in a variety of ways.

He is chairman of the National Young Cattlemen’s Conference and the National Young Beef Leaders Committee, president of the North Central Livestock Association, an executive board member for Outdoor Adventures with Military Heroes, and has participated in ABC’s Adopt a Farmer program for two years. Nantz also finished his term as the state Young Cattlemen’s Committee chairman at the end of March. In each position, he is leaving his mark and gaining a lot in return.

One of the most meaningful appointments for Nantz has been his position as chairman of the National Young Cattlemen’s Conference. Earlier this year, he spent nine days touring the nation’s beef industry with peers he had just met. “That’s the biggest thing that really struck home with me,” says Nantz, “I started that tour not knowing anybody, and by the end you become good friends.” As tradition goes, at the end of this annual conference the group selects a chairman to lead them and that person is given the Max Deets Leadership Award. For Nantz, who was selected for his outstanding leadership in the cattle industry, winning this honor was “very daunting, rewarding and humbling. 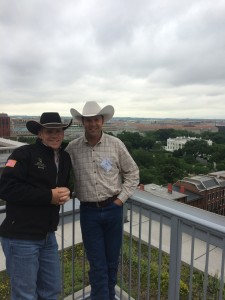 An experience that’s similar to his involvement with Outdoor Adventures for Military Heroes, a local nonprofit that serves U.S. combat veterans. As the name suggests, the group takes these veterans on outdoor excursions within the state of Oregon. Retreats that are often therapeutic and always rewarding, especially for Nantz. “I’m a huge patriot, and giving back to veterans is hands-down the biggest reward that I’ve had,” says Nantz, “we take them fishing and hunting and seeing what it does for them is indescribable.”

Impact is very important to Nantz, who has also been part of ABC’s Adopt a Farmer program over the past two years. Last year he was paired with Yamhill-Carlton Intermediate School in Yamhill, and this year he was paired with Harvey Scott School in Northeast Portland. For Nantz, engaging kids in where their food and fiber come from has been very fulfilling. “I really, really enjoy the interactions I have with the kids, especially those who have had little interaction with food production,” Nantz says. In particular he enjoys hearing their questions, because it gives him a good sense of where they’re at and how to interact with them more. It also helps Nantz prepare for field trips, especially those with his class at Harvey Scott School. “I can guarantee one or none of them have seen a cow and to see their excitement, it invigorates me and gets me excited to share with them,” says Nantz.

These, and all of his other leadership positions, are ones that he attributes to skills developed in 4H and FFA participation growing up. “I was very involved with 4H and FFA, that’s probably where I got the biggest start or passion,” says Nantz. Participation in 4H and FFA overlapped for Nantz, who started 4H in fourth grade and added FFA at the start of his freshman year of high school. After graduation, he went on to become state FFA vice president.

While 4H and FFA were big in guiding Nantz toward leadership roles, they also served as starting points for his interest in agriculture and ranching. After high school he spent two years at Eastern Oregon University, followed by four years fighting fires full time with the U.S. Forest Service. During this time, his interest in agriculture never waned. In fact, it grew. While with the U.S. Forest Service, Nantz helped friends raise cattle and run their feedlot. It was then that he began to put a plan in place for what he really wanted to do, raise cattle.

“I’ve wanted that since I was very young, I’ve always wanted to be a cowboy I guess,” says Nantz. 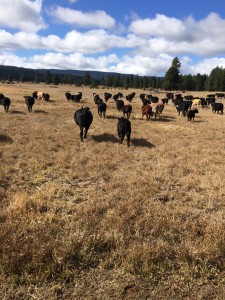 His last year of fighting fires was 2005, and then Nantz got involved with Young Farmers and Ranchers and the USDA’s FSA program. The latter allowed him to buy a few cows and lease some land, and the rest took off from there. “In 2008, John Dillon came to the ranch I was working at, and through several conversations we decided to start a partnership. He had some land and I had some cows,” says Nantz. Today, they run about a hundred cows and raise hay at Dillon Land and Cattle Co. in Dufur, Ore.

Being a first generation rancher is a unique position to be in, but it’s allowed Nantz to give even more to the industry he loves. “To start from scratch, it’s been very, very interesting and challenging at times but a blessing,” says Nantz, “I don’t have a mentor or anyone I can call and talk to. I try to be progressive.” Through these efforts, he’s helped Dillon Land & Cattle Co. start a management intensive grazing program that allows grass and forage to come back, promotes more photosynthetic activity, helps the soil and helps the calves gain better. Nantz is also working on a program that would trace beef all the way through to retail cuts, via a barcode generated from a computer chip placed into an EID tag. The goal is to have the consumer scan the barcode and be able to learn how and why they raise cattle, and then learn more.

All efforts that spring from how Nantz lives his life, driven by a genuine desire to help other people and continually inspired by his favorite Zigg Ziglar quote. For Nantz, the effects of his actions are his greatest reward. “Seeing someone accomplish their goals and be successful, and knowing I’ve been even a little part of that is very rewarding for me,” says Nantz. It’s an attitude that keeps him striving to make a positive difference in the lives of others. An attitude, and a way of life, that is forever dedicated to the greater good.